Longtime podcasters and friends Parris and Chris bring two big topics to the conversation for your consideration. 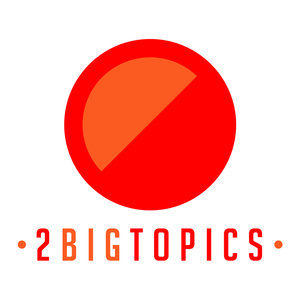 Of course there's going to be lots of discussion about Infinity War. Do we have to give spoiler warnings for a movie that will make $2 billion worldwide? We also get into Cobra Kai, Deadpool 2, Good Girls, and have a brief therapy session about difficult choices in life.

If you have any feedback, questions, comments, insights, opinions, or other cleverly worded sentences you’d like us to read, send them to 2bigtopics@gmail.com.

You can find us elsewhere on the Internet too!